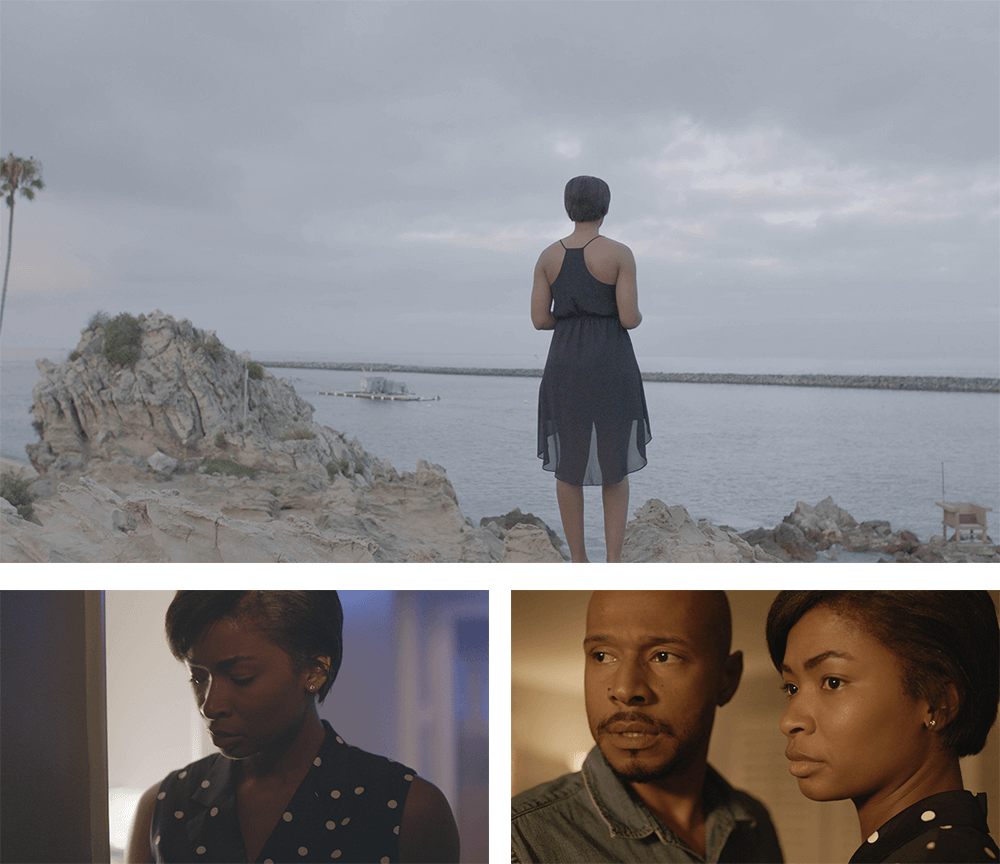 A woman, Zora King, is forced to reconcile with the memory of her younger sister after the sudden death of her mother, as she’s asked to take care of her mother’s “coping bot” who resembles her sister in more ways than one. A melancholic drama with a touch of science fiction, "Ibeji" is at its heart a rumination on grief.

I would like to speak about grief and inheritance.

Ibeji is not only about experiencing your own grief, but also understanding another's. What does a person's final wishes mean in relation to the people who are still present? With inheritance, we must grapple with what we get from our families: Zora is very literally taking in to her own home the object of her mother's grief—one that forces her own grief into the light.

In Ibeji, grief and inheritance link together in the reconstruction of memory. In Ibeji, this is literalized in Cora, who herself comes from ambiguous origins—is she magical? Technological? In Cora-as-memory, we are confronted with the spirit/body divide, and its navigation and reconciliation.

At the beginning of Ibeji, Cora is a vessel containing some kind of desiccated, preserved essence, like fragments of memories. In the film's final scene, we see that a change has taken place. Perhaps it's not that the essence controls the vessel, or that the vessel has absorbed the essence, but that through experience and inhabitation this new Cora is experiencing independent emotion. One can be made robotic by grief. In Ibeji, Cora is a robot literally made by grief. Her salvation lies in the ability to transcend this encoding and reach a new authenticity.

Zora begins the film with spirit and body divorced. Her poise and almost preternaturally still expression betray none of the emotional tumult she feels. However, when she takes Cora in, her emotions peek through at moments of high stress. By the end of the film, Ibeji hints at the beginning of a kind of emotional integration. And indeed, from Zora's perspective Cora moves from center framing to the edge of the screen, as if decentralizing, a movement towards allyship.

Ibeji is an intermediary stage for Mariah, the biggest project she's ever undertaken—a kind of pain point of growth and change. Ibeji's concluding scene is open-ended, promising only hints at possible futures. This is the kind of work I look forward to seeing more of from Mariah—life and filmmaking as an ongoing conversation, or a series of decisions, embracing improvisation and possibilities in the form.